Miriam Haskell started her company as a hotel gift shop in New York City in 1926.  We don't know if she ever designed any of the jewellery her company produced but she was well known as an intelligent business woman.  The greatest strength of any business is its employees and soon after founding the business Miriam Haskell employed Frank Hess as the jewellery designer.

Their jewellery was very popular in high status circles at the time and is highly collected today.  The jewellery often reflects natural themes like flowers and vines and uses an array of materials from wood to glass and plastics and the ever popular baroque pearls.  The jewellery is so popular that fakes abound.  Any piece listed on this site as Miriam Haskell will have been carefully reviewed and researched.  The earliest pieces, up to the late 1940s, were unsigned.

Looks like these are all sold out! Browse the collections instead. 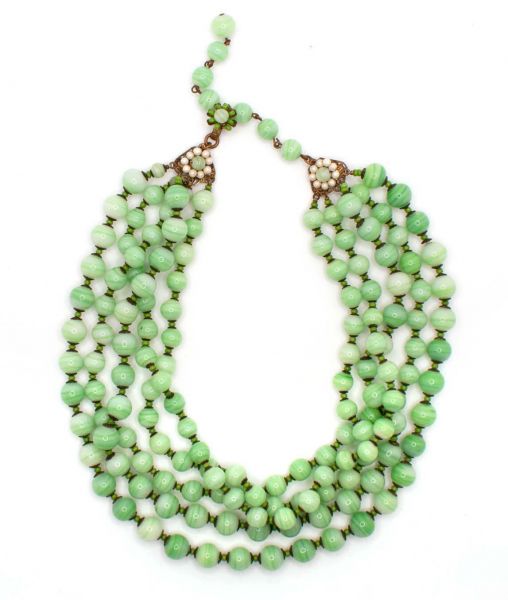