The company was formed in 1968 by William De Lillo and his partner Roger E Clark, former head designer at Miriam Haskell.  De Lillo had honed his craft by working with the top jewellers of the 20th century, spending time at Tiffany & Co, Cartier and Harry Winston.   Together, they designed bold statement jewellery for men and women, with most pieces being one of a kind.  Their exclusive designs were hugely sought after by Hollywood royalty and actual royalty at the time, and because they produced jewellery only until 1976, it is hugely sought after by collectors today.   Some pieces are even held in the Met Museum collection. 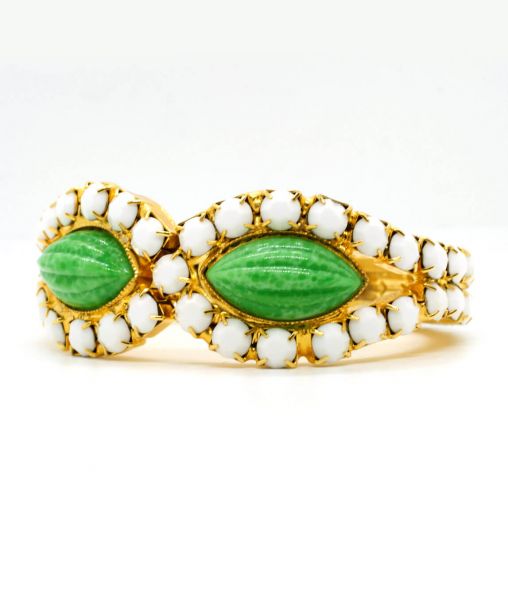