The Neiger brothers of Gablonz Czechoslovakia, known as Max and Norbert, created beautiful costume jewellery made primarily of Bohemian glass.  They specialized in exotic pieces inspired by Egypt, India and China.  The 1920s saw a peak in interest for Egyptian Revival jewellery and the Neiger brothers' popularity increased with it.  They were active from 1905 until the end of the 1930s when, as unfortunate witnesses to history, they were killed at Auschwitz.

Their jewellery is very rare and collectible because it is so different and was produced over such a limited period.

Looks like these are all sold out! Browse the collections instead. 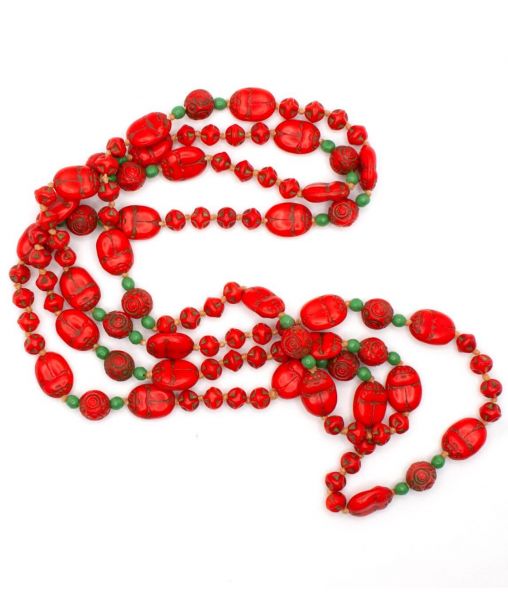